The 22nd of May is ‘bitcoin pizza day’. A special day on which we remember Laszlo Hanyecz, buying 2 pizzas at Papa Johns with 10.000 bitcoins, worth 25 dollars at that time. Unfortunate for him, because now, 7 years later bitcoins are worth 22,8 million dollars! The bitcoins charts are skyrocketing and every blog, newspaper and social media is talking about it. We have all once heard of the term ‘bitcoin’ but many people haven't heard about the system behind it yet: ‘blockchain’. The next big thing is here and this is why.

For those who have been living under a rock, here is a brief explanation.  Bitcoin is a cryptocurrency, which is considered a digital asset. An anonymous person, called Satoshi Nakamoto, published a paper in 2008 in which he describes a ‘new electronic transaction system without relying on trust’. This was the moment bitcoin was born. Normally, the classical system of transaction requires a bank or government as an intermediary. Since digital assets, like money, stocks and intellectual property, are easy to reproduce we put our trust in those intermediaries. With bitcoins, there is no need of such intermediaries because the mechanics behind bitcoins, called blockchain, are secure. Blockchain is a decentralized database which everyone has access to. It records all the transactions that are made which again are visible to everyone. With the usage of blockchain, people can transfer cryptocurrency anywhere at any moment around the world without any intermediaries involved. If it’s too complicated you can put it like this: Blockchain to bitcoin, is the internet to e-mail. With the internet, we could create and share knowledge in no time without the need of , for example, a library. With blockchain, we rule our own digital records like transferring money to someone without the need of a bank. 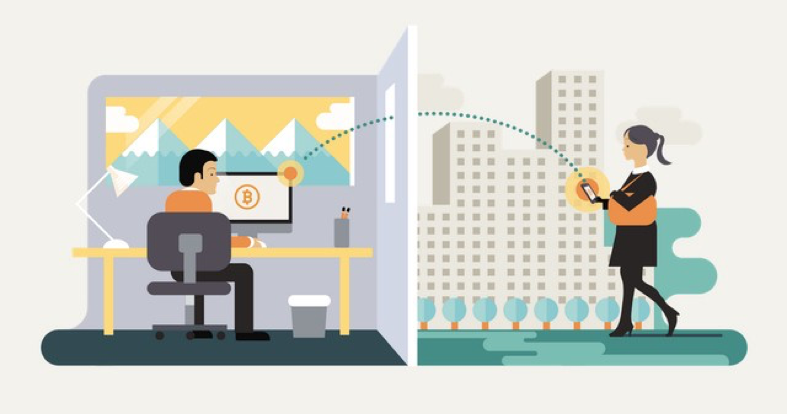 Why this could be the next big thing

But why is the media talking about it so much? The Blockchain technology could change the world as we know it. First, with blockchain, intermediaries will be unnecessary. Because of the decentralized system, people will be in charge of their own transactions. Industries that rely on intermediaries like, finance, insurance, banking and real estate, will be transformed because of the transition to blockchain mechanics. This will mean that transferring money will be quicker and there will be no fees charged on it, since no one else is  providing the service for your transaction. Secondly, blockchain could reduce poverty in the world. Billions of people around the world do not have a legal identity and so can’t have healthcare, have education, have a bank account or have a job.  Blockchain could provide a digital record of identity which makes it possible for the poor to use these kinds of services. At last, many poor communities own land and assets, but are having a hard time to convert this into value since there are no records of ownership. Blockchain could provide these types of records which makes it possible for such communities to participate in businesses. 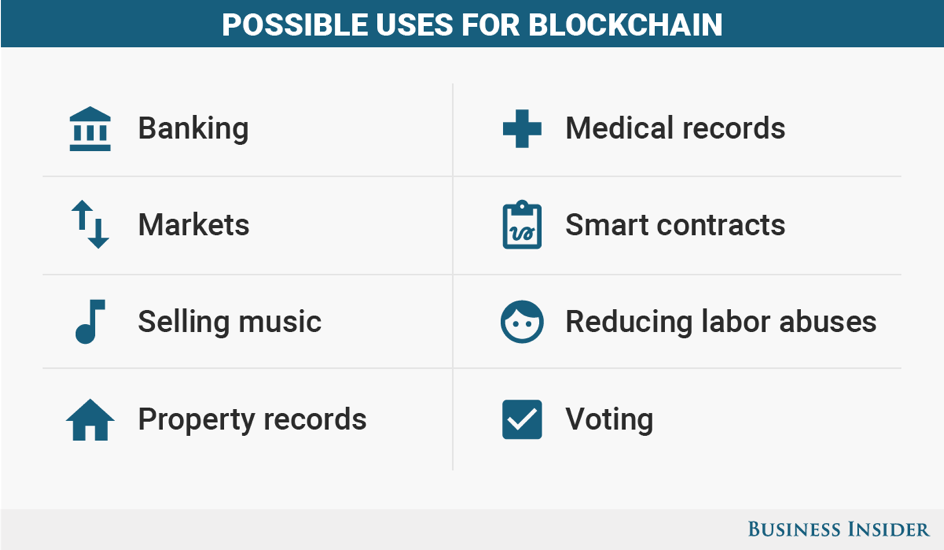 So, Hope or Hype?

So far the prospects of this new mechanics are looking really good. The possibilities of blockchain will provide more and more people to services that were not possible for them without intermediaries involved. And we have seen this before right? The internet disrupted industries like the postal services and entertainment industry. Social media caused a shift from newspaper news to online news. The internet has a new layer, called blockchain, which will cause a shift from central banking to being your own bank in a secure and safe way. Does sound really hopeful don’t you agree?