Some might know her as one of the hotties of the American legal drama television serie Suits, while others got to know her as Prince Harry’s soon-to-be wife: Meghan Markle. As we are just a few days away from the Royal Wedding, which takes place on May 19th, excitement amongst the Brits for these two lovebirds to tie the knot is sky-rocketing and its effect wears off onto the brexit-bound British economy.

Similar to “The Kate Middleton Effect” or “The Duchess Effect”, we now have the “The Meghan Markle Effect”, which basically explains anything a royal wears or even touches increases sales and exposure for that brand. Now with Meghan, brands have reported that anything the former actress wears flies of the shelves and almost immediately sells out. The people find her more likable and relatable than her future sister-in-law, therefore her influence and fiscal effect is greater than Kate’s. Just like Kate, Meghan is expected to boost the British economy up to $1.4 billion (£1 billion). A number that proves her dominance over other royal effects such as “The Charlotte Effect” and “The George Effect” which translated to over $239 million (£177 million) combined.

Where does all this money come from? Well, as some of you know, the Royals are hugely popular, so think of crazy merchandise products (Meghan and Harry bathing suits, condoms or mugs), extra “royal” tourism, the sale of broadcasting rights and more expenditure within the catering industry.

The Kardashians or The Hadids? No, the Windsors

When it comes to the real influencer family, it is surprisingly not Kim nor Kylie as well is it is not Gigi or Bella, Royal Women have been fashion influencers for ages now. The “Kate Effect” still did not wear off and the “Diana effect” (80s and 90s) is still very much present. Royal women have helped shaping popular fashion tastes within their own personal styles, which inspired designers and found their ways into the way we dress today.

While many brands could only wish that Meghan would only take a simple glance at their product, many of these “Royal Effects” may also have a downside. When Kate and Prince William announced their engagement, people made a run for Kate’s blue engagement dress designed by Daniella Helayel, resulting in her business ending up to be shut down due to too much demand.

Personally, I am actually one of those girls that looks a tiny bit forward to this wedding. Especially when she walks down the aisle, looking absolutely stunning in her dress of a designer that will be remembered forever. How funny would it be though, if they’d pull a total stunt and wear this: 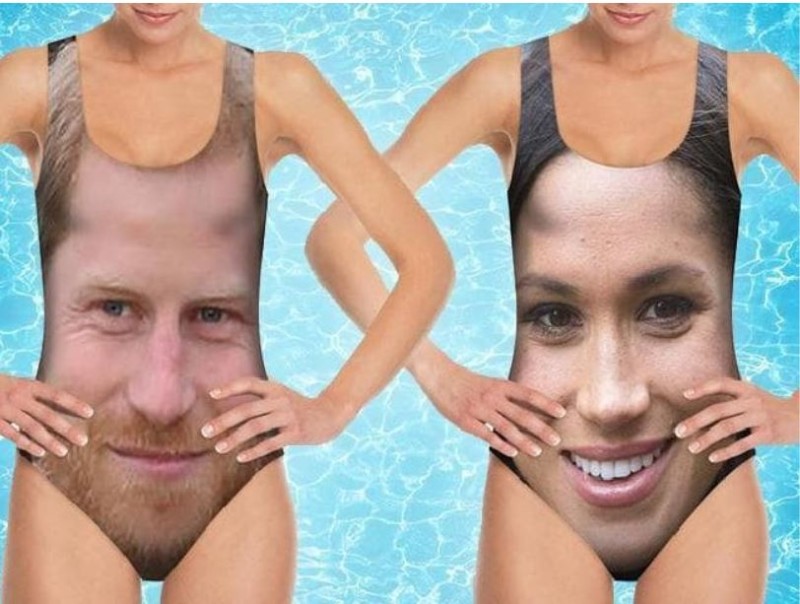