Very often, massive marketing budgets are spent on very complicated and elaborated campaigns. However, Leonardo da Vinci once said: “Simplicity is the ultimate sophistication”. Even after 500 years, Leonardo’s words have proven to be true as some companies have followed this wisdom and understood that sometimes, simple marketing is superior. Simple advertising often requires much more thought to create than more complicated campaigns. Also, the impact of something seemingly simple yet successfully conveying a message is often very strong. In this blog, some of the best simple advertising examples are highlighted to investigate what makes them simply successful sellers. 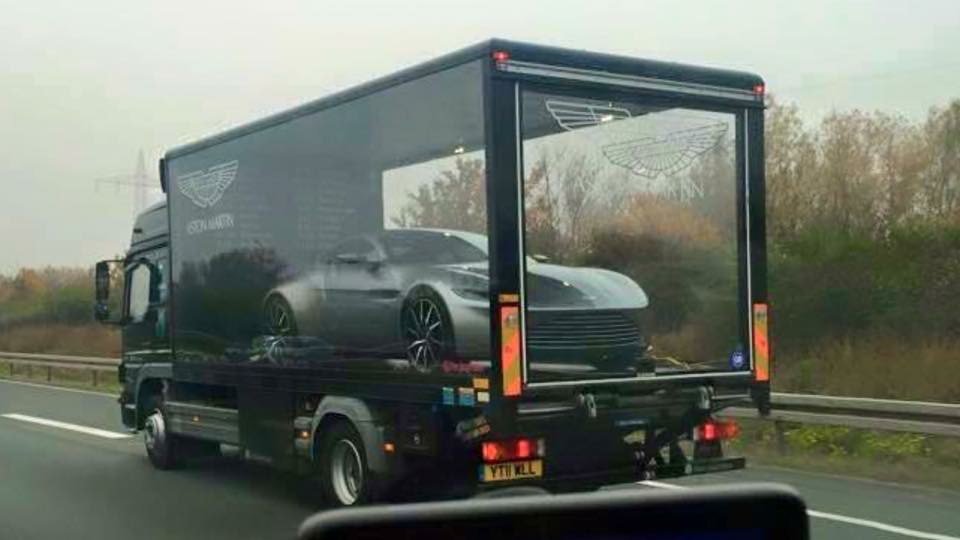 Using your own product as your one and only marketing tool: It doesn’t get better than that. This truck delivering an Aston Martin to its new owner doesn’t need any decals, slogans or pictures, it only needs see-through sides. The luxurious, aesthetically pleasing product itself is enough to make you wish that truck was driving to your home… Aston Martin utilizes this way of delivery for every car it sells, so that the whole neighbourhood knows who bought this British piece of elegant machinery. No super models in Victoria’s secret bathing suites, just a bunch of women in white underwear. Dove’s Campaign For Real Beauty was designed to encourage debate regarding the definition of beauty and how women see themselves. By displaying something very normal yet (strangely) contrary to your everyday advertising expectations, Dove created a public dialog about stereotypical views of beauty. Their goal was to make more women feel beautiful, appreciate themselves more, and feel more confident. The message Dove conveys is empowering, inclusive, and broadly relatable, all of which are ingredients to successful marketing.

Most likely, you remember this simple but great TV ad. Which is weird, because it ran in 1999 and it’s product wasn’t even sold in the Netherlands. However, four friends, “watchin’ the game, havin’ a Bud” cut across all cultural barriers to become one of the most popular and memorable campaigns ever. It was one of the first campaigns ever to ‘go viral’. For a while, “Whassup” was everywhere and remember, internet wasn’t really a thing back then. Regardless, “Whassup” became a global phenomenon, popular even in countries where Budweiser isn’t sold like the Netherlands.

The content of the video was utterly simple: the lead characters only say 'whatsup', and ‘watching the game, having a bud’. However, everyone was still saying WASSUUPPP for year!. Even I remember wassuping friends in my Dutch high school, and I’m pretty sure there was never a Budweiser commercial on the Dutch TV. Conclusion: this revolutionary stuff went viral in the 00’s! Lego did an awesome job at tapping into our childhood with this simple but strikingly cool ad. It absolutely captures what Lego is about: creative imagination. The unique selling point of course is that with Lego the possibilities of creation are endless, only restricted by the builder’s fantasy. Using shadows, Lego tell us that it’s simply our imagination that makes these blocks come alive and that we can see anything through them. The layouts are simple and clean as is the message. Did you notice that the background colours were chosen to signify the sea (blue) or land (green)? Or that the airplane is hovering while the other three blocks are set firmly on the ground? Advertising doesn’t get more simple yet meaningful than this. 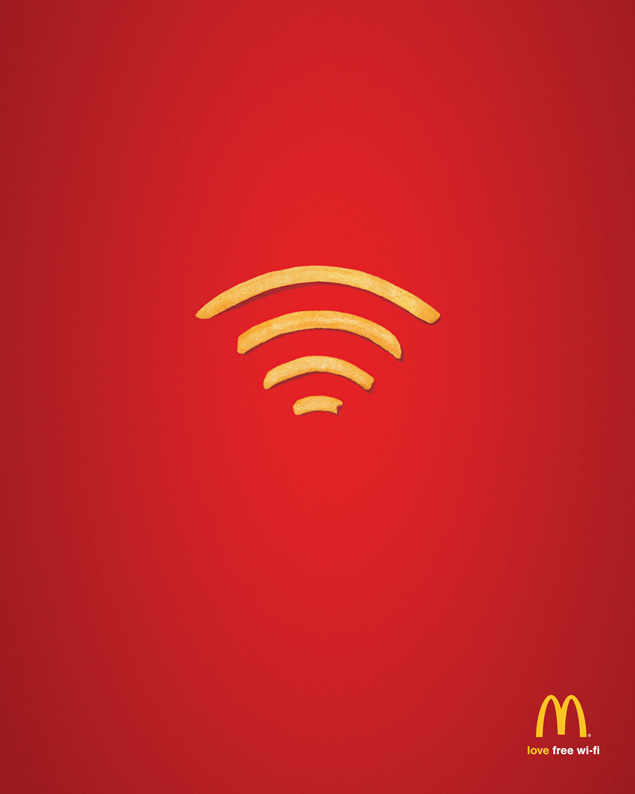 The 2009 ‘Wi-Fries’ campaign by McDonalds proved very successful, as it was cleverly launched at the dawn of a time where people wanted  to be online 24/7. From personal experience I can relate: when you arrive in a foreign country and want to know the way, you often first look for a McDonalds because they always have WiFi… and then you accidently buy a burger for on the way. What can I say? Travel makes hungry! A simple message with great execution. I’m lovin’ it. (Does anyone else secretly crave McDonalds fries right now?)

All in all, simplicity can definitely be superior. Less distraction means more punch, but perhaps also requires even more thought from the creative team. To close off with another great quote, this time by legendary architect Ludwig Mies van der Rohe: “Less is more”. Unless it is about food, of course.