Britain had the Beatles and the Stones. The Netherlands had Johan Cruyff. His art forms were different but his legacy has been just as important. The Guardian

Yesterday, Johan Cruyff, one of the greatest soccer players and trainers of the 20th century has put football nations into a shock. Sadly, this great individual passed away peacefully on the 24th of March at his home in Barcelona. He will be remembered as a modern like Rembrandt and van Gogh. Cruyff was brilliant on the pitch and some believe he was an even greater genius off the pitch. This article is written to honour his actions off the pitch from a sports marketing perspective. We tried to be as complete as possible however as Rafael van der Vaart quoted: ‘Every word about Johan Cruyff is one to few’. 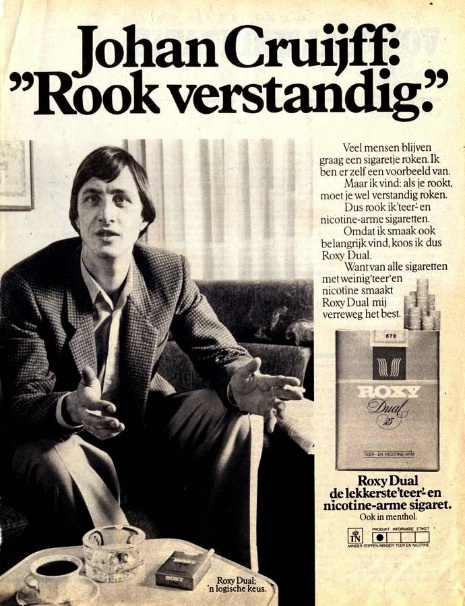 Johan was known to be a smoker and he made this even more public by promoting the cigarette brand ‘Roxy’. Big advertisements were made to tell people to smoke cigarettes ‘wisely’. Combining smoking and sports is nowadays prohibited, but it does say something about his way of doing during the 70s. However, Johan realized that smoking was not that good in the end. He created an anti-smoking commercial for Barcelona and of course he did it his way. The best part of this period was that he consumed Chupa Chups lollies on the bench during his period as a Barcelona trainer. Which was of course a great way of marketing the Chupa Chups brand, indirectly or directly. 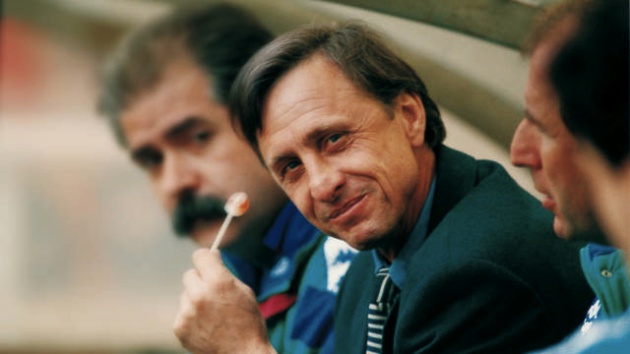 Cruyff seemed to like cars, or was it just a marketing tool from the brands? He drove a Citroën SM Maserati, an absolute icon back in the days. 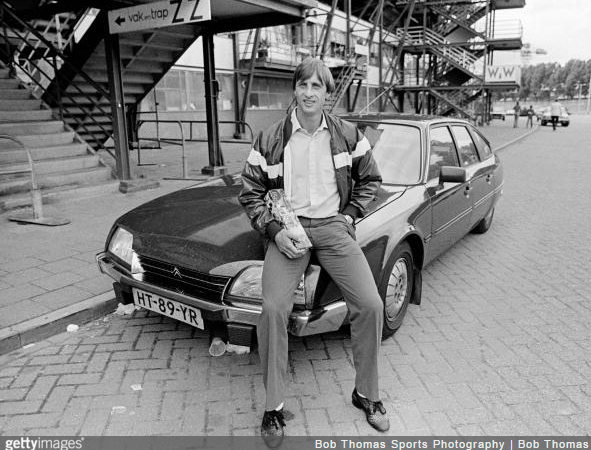 Cruyff’s paint and his Pastelitos Cropan

After Johan Cruyff signed for Futbol Club Barcelona in 1974 he quickly became more and more popular in Spain. Being part of many commercials for TV and magazines contributed to his publicity. One of these ads was related to Bruguer paintings in 1974, only the best paint for the best player. Besides this paint advertisement, he was also part of the campaign around football trading cards.

During an interview, Cruyff stands up and somehow his jeans just did not seem to fit right. The shot captures a full five seconds of how Johan pulls his jeans up while the logo of Lois is placed brilliantly on his but. From that moment, you just needed to have pair of Lois jeans to be just as extraordinary as the legend himself. A few seconds later he walks to his (VCR) video player, extremely high tech for that time, and ‘accidentally’ the brand Philips was filmed in the middle of the shot when putting in a Philips VCR tape.

Cruyff, a sports and shoes brand established 1979 by Johan Cruyff in cooperation with his friend the famous designer Emilio Lazzarinni. During the time, Cruyff demanded from Lazzarinni to develop a functional and elegant brand of sportswear that would suit a technical player. Nowadays you can still buy shoes, shirts and sports articles with his brand.

However, when he started to play soccer at Feyenoord this picture was taken from him after a match against Heracles Almelo. Is it ordinary luck or does everybody see the Puma bag on the right perfectly placed? And don’t forget the bottle that is placed with its brand clearly visible. 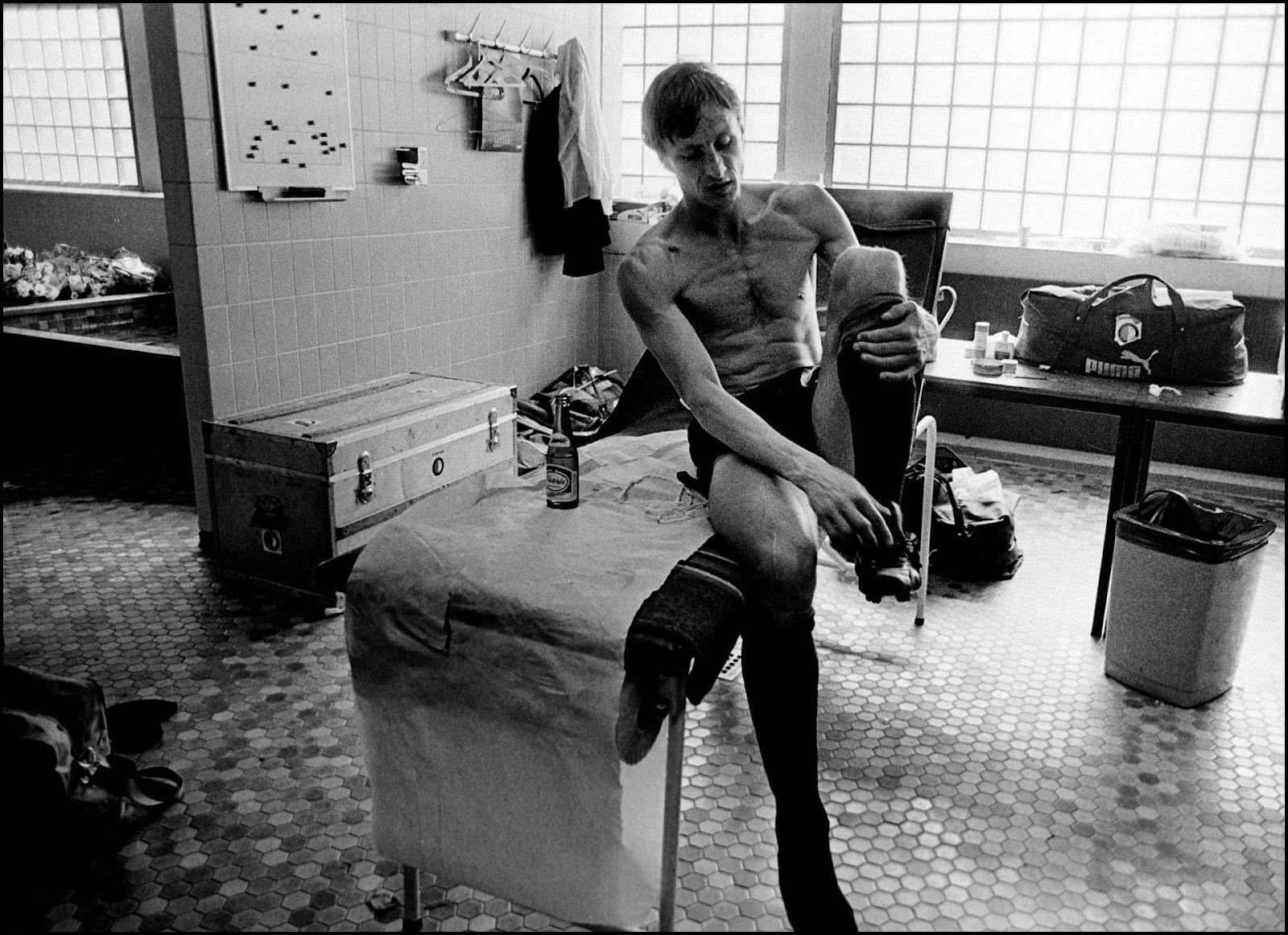 Johan Cruyff was legendary on the pitch and off the pitch. His talent and personality was one of a kind and that is exactly what marketers need to create an unique brand. Johan Cruyff was one of the pioneers of the soccer celebrity endorsements and therefore opened doors for the sports stars nowadays like David Beckham and Cristiano Ronaldo. His legacy will remain forever through his Sports University, Johan Cruyff soccer courts and his own soccer brand Cruyff. Legends like Johan Cruyff need to be treated as legends, We believe we can do so much better in the Netherlands than we are doing nowadays. To honour Johan Cruyff a petition was started to rename the Amsterdam ArenA,  the current soccer stadium used by Ajax, the Johan Cruyff Stadium or Johan Cruyff ArenA. Be part of it here!

Our thoughts are with his family and friends, this article is purely written to emphasize the great and unique personality of Johan Cruyff. Johan you are a legend.