“A Martini, shaken, not stirred.” is probably one of the most famous catchphrases used by movie characters. Therefore, it raised quite some eyebrows when our beloved James Bond ordered a bottle of Heineken in the movie Skyfall (2012) instead of a Martini cocktail Mr Bond had ordered since the very first Bond movie. This is a shameless example of product placement. This marketing tool has been used in television shows and movies for years, but has gained a more prominent role in the advertising business over the last years.  This form of advertising annoys some people, but they might not be aware of the benefits this marketing tool brings. 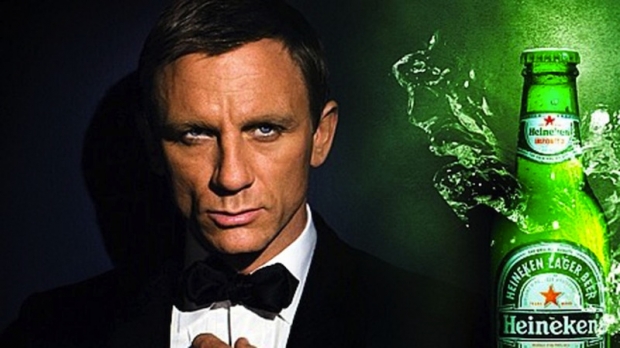 To give a clear view of what Product Placement actually entails we will use a definition that was used for multiple empirical research projects: “A paid product message which is aimed at influencing movie or television viewers through planned and discreet entry of a branded product into a movie or television program.” (Balasubramanian, 1994). In other words, seeing a fictional character the viewer might perceive as an example and thus will trust use a real world product influences the viewer to possibly buy or desire this product. This use of celebrities to promote your products is also known as Influencer marketing.  The power of this is that we perceive the celebrity as someone we know and therefore trust, since we see him or her all the time on television.

Product placement as a marketing tool is becoming more and more relevant due to the increased popularity of streaming platforms like Netflix. One of the reasons streaming platforms are favoured over watching television is the lack of commercial blocks. Studies show that binge watchers, people that use streaming platforms several hours a day, save 130-hours of their life by not having to watch commercial blocks on television. Most of us are familiar with the Netflix Original series like House of Cards, Narcos and Orange is the new black. Producing a television shows like this may cost over $100 million and one way of earning this back is by giving companies the possibility to use product placement in your movie or show.

The main criticism of viewers is that they are forced to watch an advertisement. When a commercial block starts, many of us tend to mute the television or just leave the room to get a drink, which is not an option with product placement, if you do not want to miss a part of the movie or show you are watching.Therefore, consumers might be unaware they are watching an advertisement and purchasing this product whilst not having realized they were prone to advertisement when they were watching their favourite show.

The power of product placement

One of the first movies that made marketers realize the power of product placement was when Hershey’s candy sales skyrocketed with a staggering 65 percent increase in sales after appearing in the movie E.T. (1982).There are countless examples of famous product placements. Such as the DeLorean car that plays a prominent role in Back To The Future (1985), the Ray-Bans that Tom Cruise is wearing in Top Gun (1986) and a less outdated example Kevin Spacey playing Call of Duty on his PlayStation 4 in House of Cards. James Bond is another good example, since he is associated with a sophisticated taste of high-end luxury goods. The fact that he drives an Aston Martin, wears an $10,000 Omega watch and then walks up to the bar and orders a Heineken, enhances the brand image Heineken has as a premium beer. Obviously, Heineken making an appearance in the Bond movies did come with a hefty price tag. The beer producer paid $45 million to the producers over the movie. 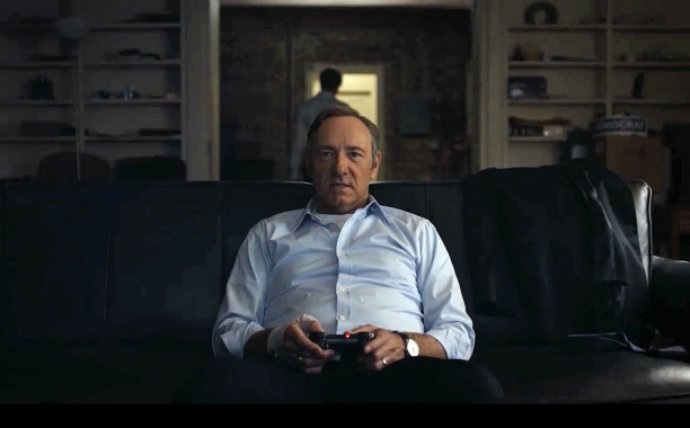 Frank Underwood in House of Cards playing on his Playstation 4

Producers of movies and television shows also benefit from the commercials companies like Heineken produce, linking their product to the movie or television show.

Basically, the movie producers have two marketing campaigns whilst they only have to pay for one of them. It enables to focus their own marketing campaign on different media channels than for example Heineken to reach an even bigger audience.

Looking at the current state of product placement we can say that it has acquired a prominent role in the current multimedia-marketing environment. Expectations are that streaming platforms will increase their production of own television-shows and movies, which increases the need for product placement to make up for the costs of not selling to television stations or cinemas anymore. Although the extremely obvious cases of product placement might be slightly annoying, viewers are in general less disturbed than watching a 10-minute commercial block right after a cliff-hanger in their favourite television show. For marketing agencies or departments this increased importance may be a sign to shift a part of their focus from regular television ads to developing product placement strategies.