Just minutes after browsing the Nike website for some sneakers you see an advertisement of those same shoes in your Facebook timeline at a heavy discount. This is one way of how digital marketers use data analysis to customize advertisement. Nobody can argue that data analysis is not useful when it comes to marketing, however betting all our money on one horse might be dangerous. The underlying foundation of marketing consists of stimulating human emotion, not numbers and figures. The recent events in the United States revolving the presidential campaigns show us why data analysis should not be overvalued.

The discussion whether (advertising) campaigns should focus on appealing to rational arguments or stimulating emotions has been at the frontier of marketing for years. The reason that I am writing this article now is mainly because of Donald Trump’s election victory. I get that Donald Trump is not the first name to ring a bell when you are reading about data analysis and emotion in marketing campaigns.  However, this shocking victory is a perfect example of the overvaluation of data.

It was actually Trump’s rival Hillary Clinton who has learned the lesson the hard way. To understand this we have to dive a bit into campaigning strategies. Since 2012 the Republicans and Democrats have chosen a different approach when it comes to the way they spend their resources. Since Obama's first election back in 2008, the Democrats have relied heavily on data analysis.. The majority of the strategic decisions, such as in which state to campaign most intensively, and how to allocate media funds within states, had to be confirmed through statistical analysis. This is a method that both parties have used for several years and has proven successfully.

After Obama’s re-election in 2012, he was praised for his digital campaign and his team’s efficient use of data to allocate funds. Some even went as far as saying that his data-driven strategy was the reason for him being re-elected. This might be one of the reasons why Clinton’s team decided to take it a step further. They went as far as using data to plan out which words to use during campaign speeches. This might be one of the reasons why Hillary Clinton’s speeches were rarely conceived as inspirational. 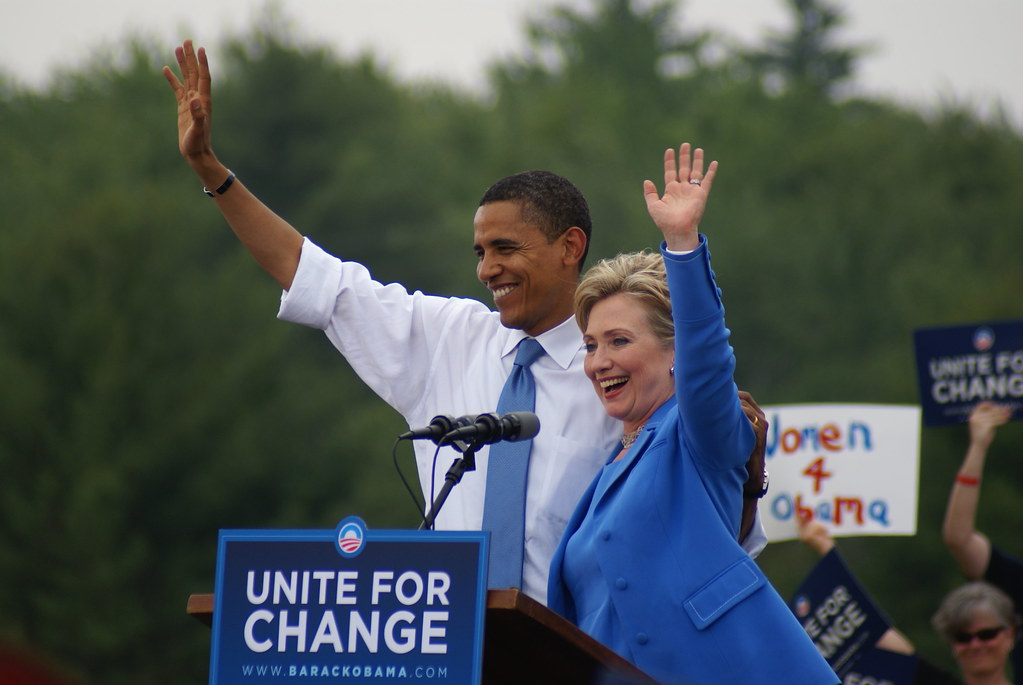 Donald Trump does not believe as much in the strength of data, even stating that ‘data is overrated’. His speeches were targeted to stimulate emotions and feelings such as fear, patriotic pride and hope. Often they did not contain sophisticated solutions, but simple problem statements and solutions. Trump often used tough but simple language, which ensured that a wide array of people understood his message, and possibly felt one of the above mentioned feelings. A perfect example of this was just after the terrorist attacks in Paris. Donald Trump reinforced his statement that Muslims are a danger for the American society and should be refused access to America in the future. The polls showed a 7% points  increase after the attacks and Trumps first fear-fuelled speech afterwards.

This might look like common sense but marketers are increasingly relying on data to make strategic decisions regarding their marketing campaigns. Therefore, the risk arises that campaigns are mathematical, instead of inspiring or at least memorable. The main lesson learned from Trump’s election is that the stimulating emotions should not be forgotten or diminished by the modern-age data analysis tools we have.  They are a wonderful addition that make advertising much more effective, but when overused the consequences might be exactly the opposite of what is intended. Let us be aware of what happened in the U.S. elections and learn from these mistakes to prevent such events from happening in the future.