As I am not the head owner of our Netflix family account, I must say I got quite nervous when our head owner (hi mum!) was roaming around having an online video streaming affair with some other man, sorry company, called kodi.

Before I am getting way, way ahead of myself, this usually should not ring any alarm bells. However, let me take you back to an era, I think it was 2013. It was the year I was within my board year doing wonderfully as the project controller of an organization of which I shall not mention the name right now. It was the time EVERYBODY, no but really, everybody was talking about Game of Thrones.

OK whatever, let’s call this era: ALMOST everybody was watching Game of Thrones, except for those people who were still not so legally downloading their series from every single little website that higher authorities did not take offline. Let’s also not forget the people who did not understand words like torrents, seeding, leeching and internet speed stagnation. The people I like to call the buffering, streaming crowd.

It was an era in which we only had to worry about our own show, downloading or buffering our own series and of course: Game of Thrones (because I suppose Jon Snow, his pretty hair, the pretty girl with the white wig and that one complicated incestuous relationship).

BUT THEN CAME NETFLIX!

If you met someone who watched Californication, he most likely already saw Scrubs and he was now watching House of Cards. That person definitely already watched How I Met Your Mother, so you didn’t even have to bother recommending that show.

You could almost guess what somebody was watching based on what he or she watched previously. Words such as binge watching frequently appeared in my friend’s vocabulary and sayings such as ‘Netflix and chill’ were an everyday suggestion in my housemates very exciting tinder chat. 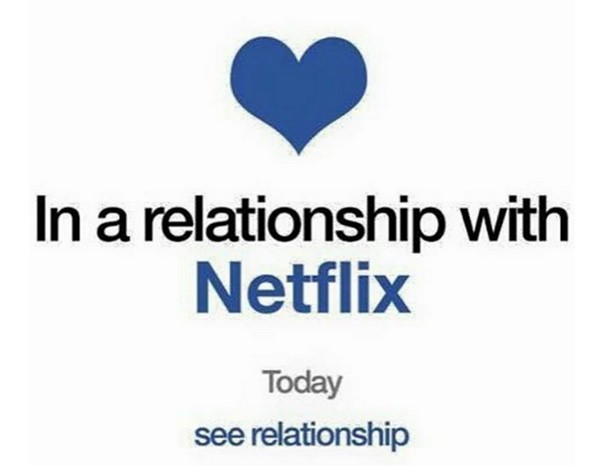 While my mom (yeah hi mum you are mentioned again!), might be secretly enjoying other online video streaming relationships, others may be doing so too or will be doing so in the very near future. Let me give you a brief insight into this upcoming polygamous network:

Starting off with Amazon. A couple of years ago, Amazon pushed a new concept to the American market: Amazon Prime Video, an on demand video platform. Ever since its existence, it started cooperating with some big American names as well as it started to create its own content (something we know from Netflix already).

For a monthly fee of 2,99 within the first six months and only 5,99 after this try-out period, Amazon Prime Video is one of the cheapest online video streaming options on the Dutch market compared to Netflix and Videoland. Videoland is owned by RTL and even though I won’t elaborate too much about this provider, they are now the second biggest player after Netflix, in the Netherlands. If you, as an international, are thinking of brushing up your Dutch skills, I would definitely subscribe. Other than that, Videoland’s offer is quite mainstream for which one pays 8,99 euros per month.

As mentioned before, Amazon Prime Video also offers its own content, such as The Grand Tour with Jeremy Clarkson, the Man in the High Castle and Mozart in the Jungle. Various news sources have already reported that Amazon is also planning to invest more in its own content. However, one quickly learns, after having had a quick glance at its offer, that it currently doesn’t weigh up with Netflix’ offer.

Be aware though! Amazon is ready to disrupt the Dutch media market and has already bought some of the most exclusive rights to Dutch movie and television series. Once a link is made to its core e-commerce business, Amazon will be pretty much unstoppable.

So, is winter coming? Are we at the edge of some big change in which having a Netflix account is not as obvious anymore? Would 2017 be the year in which communities become scattered and people start switching accounts easier or perhaps streaming contracts are ended as easy as they begun?

Either way, don’t look up weird when your Tinder date suggests to do some ‘Amazon and chill’. But relax, disruption lies in which provider is chosen, the meaning will remain the same ;) 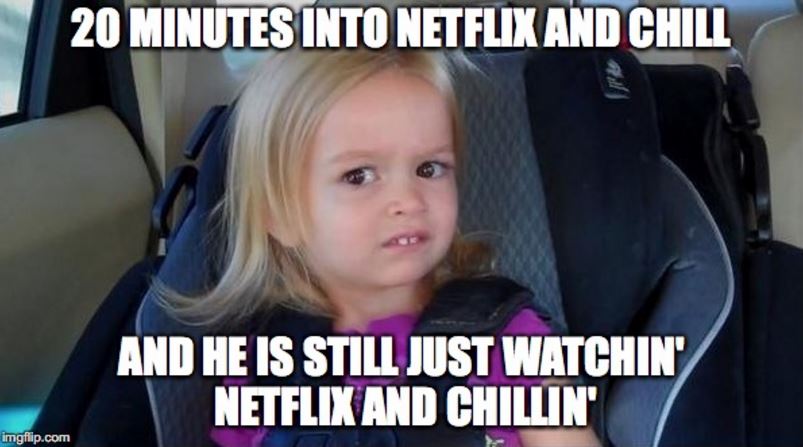